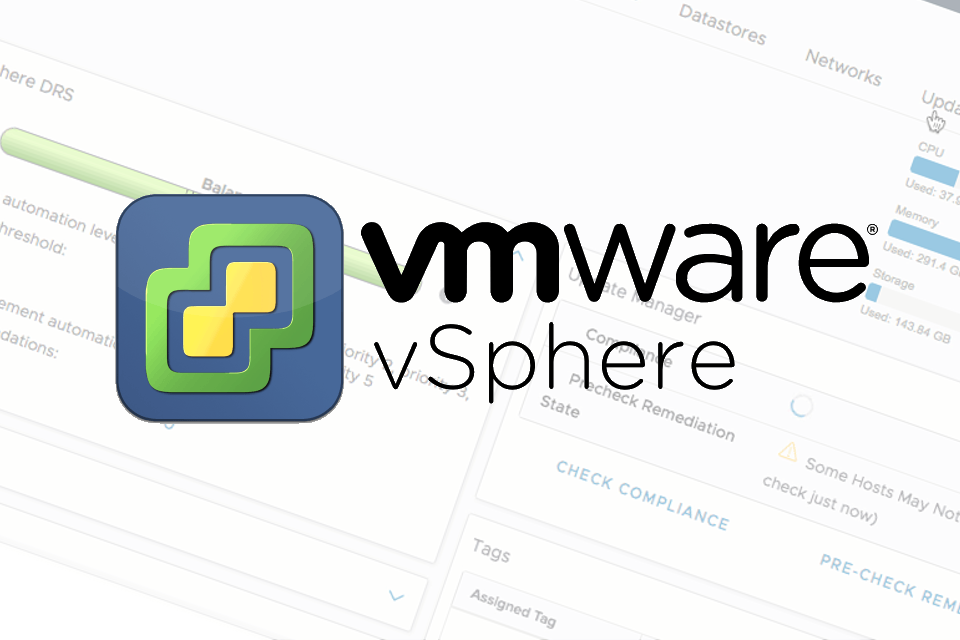 VMware on April of this year released an update version 6.7 to their virtualization solutions including ESXi and vCSA. Some of the major improvements included:

If by looking at all the improvements you’ve decided to update the infrastructure or because it is that time again, we recommend to look into this post to know how to make this process successful. We’re going to look into the update and licensing process and mention a few things that should be noted.

Let’s start by imagining a simple infrastructure with a couple of ESXi hosts varying versions 5.5 – 6.6 and a vCSA server. Before update we’re going to make sure our machines support the newest versions of vSphere here, if that checks out we also recommend to check if there are any custom OEM installers for our server like it is for HPE or many other manufacturers.

When we got our machines ready, a question of – “Where to begin?” or “What should be updated first?” might come up. To address this question, here’s a little list on dos and don’ts: 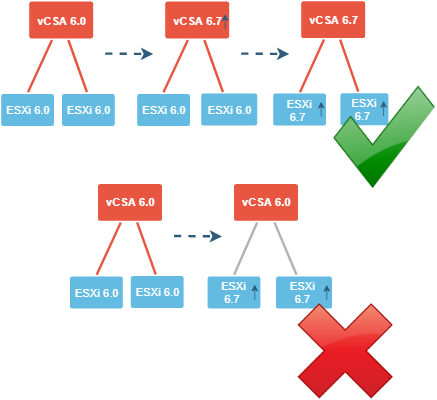 The full vCenter and ESXi host compatibility matrix can be found here.

Another important thing to note which affects update process is licensing. After the update a 60-day evaluation license will be assigned to both hosts and vCSA. Some misunderstanding can be found here due to not being able to assign old licenses to some of the newly updated hosts, for example ESXi 5 to ESXi 6. The answer is that each and every major instance version requires its version specific key. In our environment only ESXi 5.5 host requires license upgrade as seen here. All other vCenter 6.0 and ESXi 6.0 host licenses are compatible and can be used to activate the upgraded 6.7 instances.

License upgrade can be done from the my.vmware.com portal in the Manage licenses section.

Then check the product you wish to upgrade and choose View Upgrade Options after that choose the right option for you.

If needed, the licenses can be downgraded there as well, which is convenient. Here’s a simple video from VMware on how to upgrade licenses. After that the new keys can be assigned to the updated hosts through Manage – Licensing – Assign License. And that’s basically it, after these steps the infrastructure is now updated.

The procedure itself is pretty harmless and easy, but it is important to know the correct update order. We hope that this post will help administrators out there to better understand vSphere update and licensing process because it can be a little confusing, especially if you’re new to VMWare. In case of any questions feel free to contact us, we will be happy to help. Happy updating.