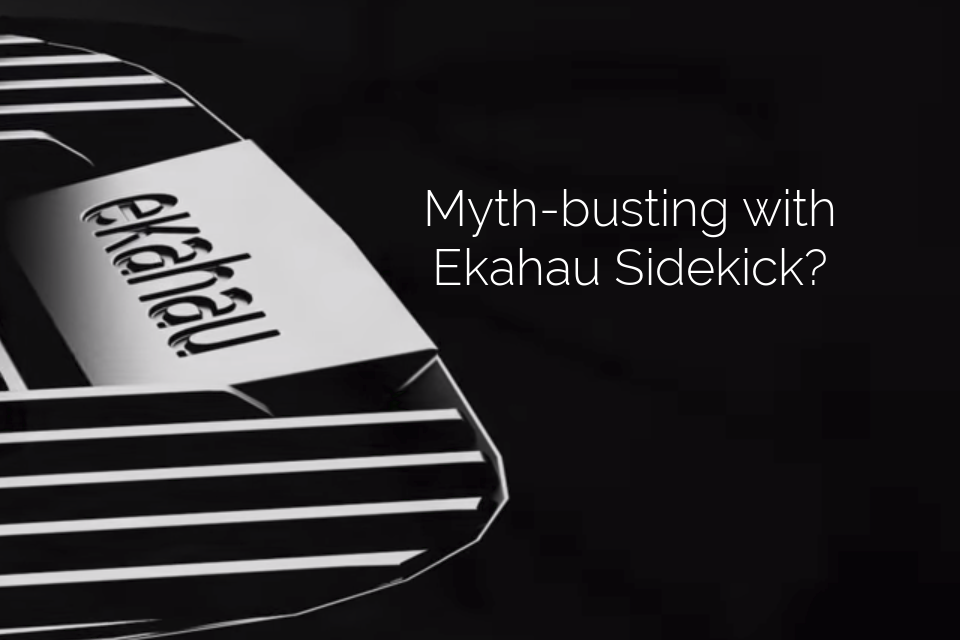 As the number of wireless network users increase a rapid growth in the number of wireless networks can be observed, therefore Wi-Fi solutions become more advanced and more complicated. With the complexity of these solutions comes a possibility that a given solution will create myths around itself. Wi-Fi networks aren’t an exception, there are countless myths about them. We will examine one of them which states that while a microwave oven is operating Wi-Fi networks degrade in performance. To confirm or shatter this myth we will use Ekahau Sidekick* (device used in Wi-Fi network diagnostics).

We already know that a microwave oven operates in 2.4 GHz frequency, which overlaps with Wi-Fi 2.4 GHz (this time we won’t take into account 5 GHz Wi-Fi frequency, which a microwave isn’t capable of interrupting). There is a statement that modern microwaves are equipped with special grids that are capable of detaining of reducing emitted energy to minimum therefore Wi-Fi activity shouldn’t be interrupted. So, the question remains, which theory is correct – does the noise of microwave affect the Wi-Fi signal or not?

Test results will show three measurements in an enclosed room with a microwave. 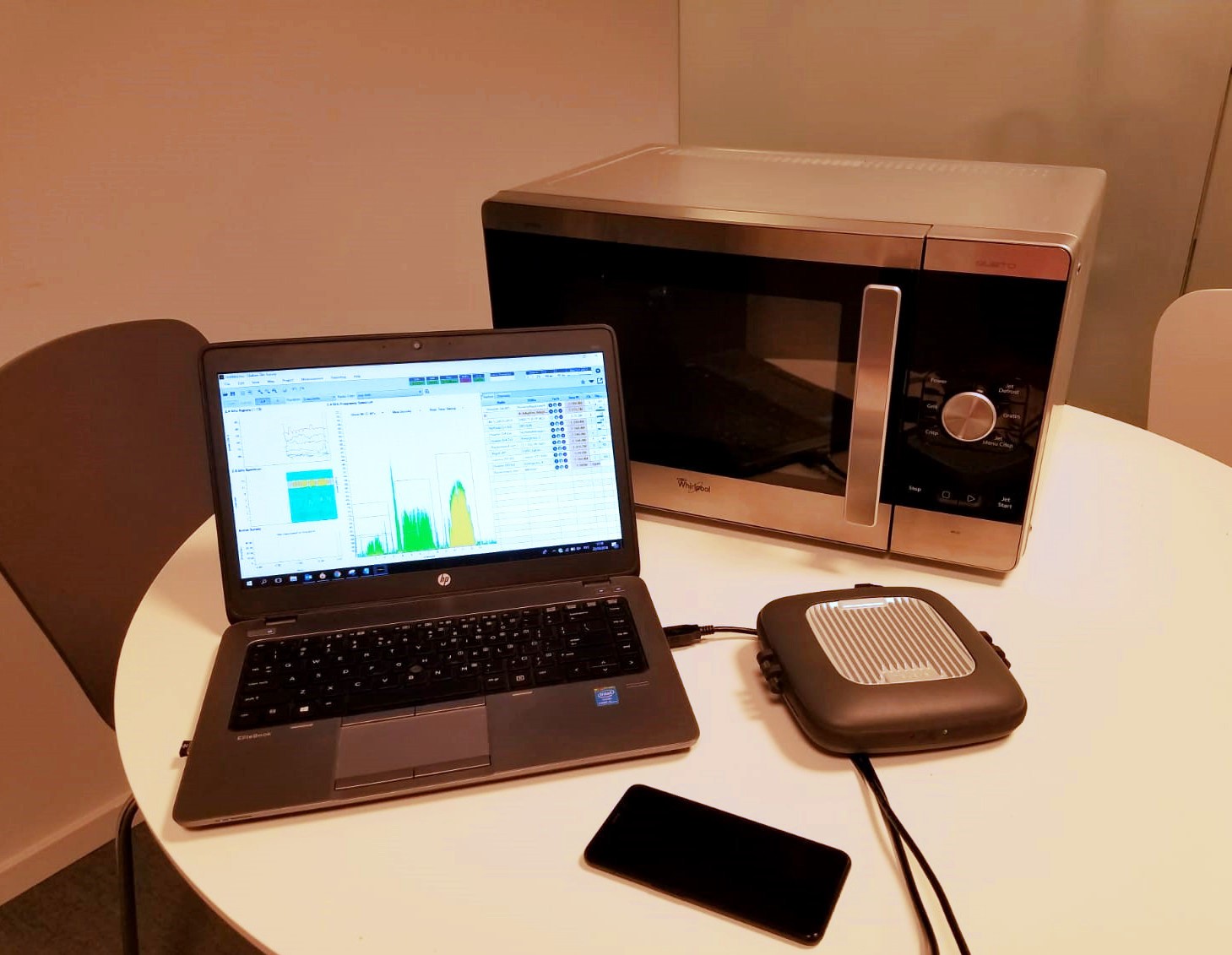 1. Measurement with microwave turned off 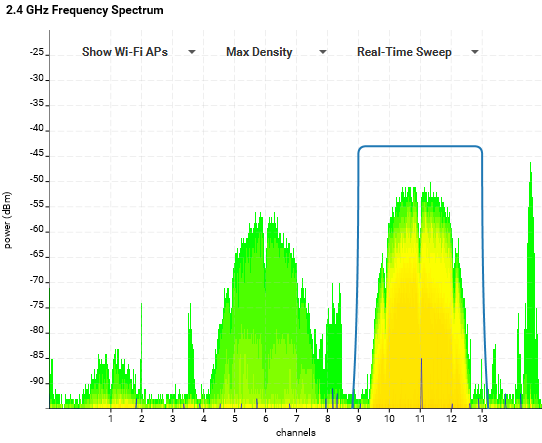 In this image we can observe the 2.4 GHz spectre in standard office, where several Wi-Fi networks are active as well as the famous 14. channel where spectrum analyser catches activity which is transmitted by police or emergency services. 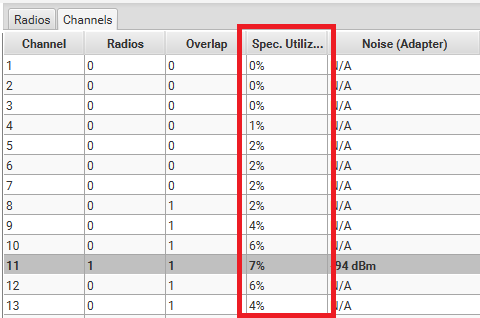 While taking a look at spectrum utilization we see channel density in percentages – given picture shows us that channel density is low whereas in high density networks these measurements are 30-75% which is accepted as normal.

2. Measurement with microwave turned on 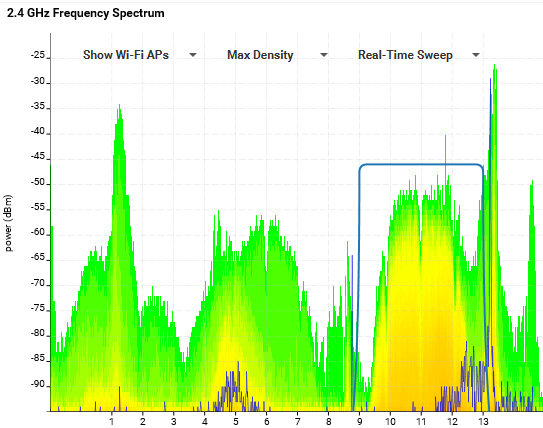 With the microwave turned on, Ekahau Sidekick notices unusual activity throughout all of the 2.4 GHz spectrum at once. 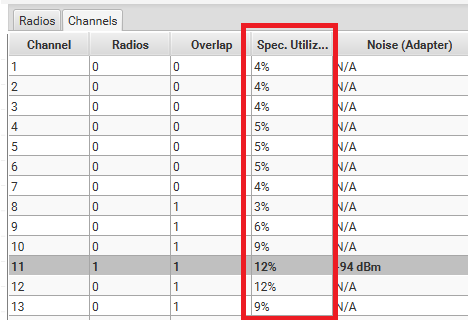 Results show that after microwave has been turned on throughput has seen decline to 1- 3 Mbps, average – 2Mbps. 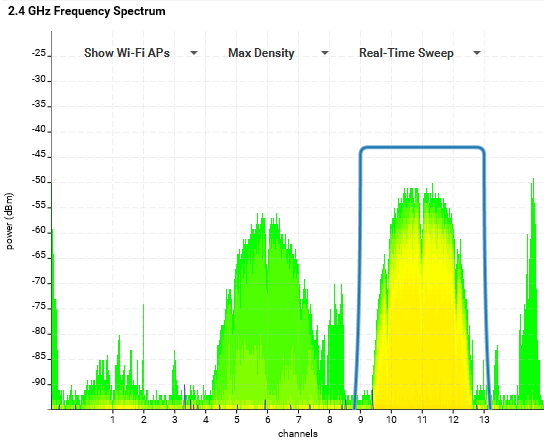 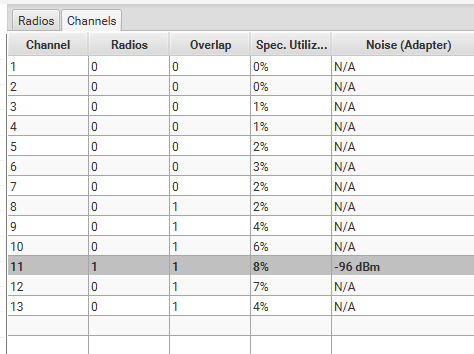 Normal state is also confirmed by spectrum utilization indicator, which came back to its previous level.

Evaluating measurement results we can surely state that a microwave oven affects Wi-Fi network although we need to pay attention to several factors:

1. Microwave creates noise only on 2.4 GHz frequency it doesn’t affect 5 GHz. It is indicated by 5 GHz spectre as well as spectrum utilization parameter before and after performing measurements. 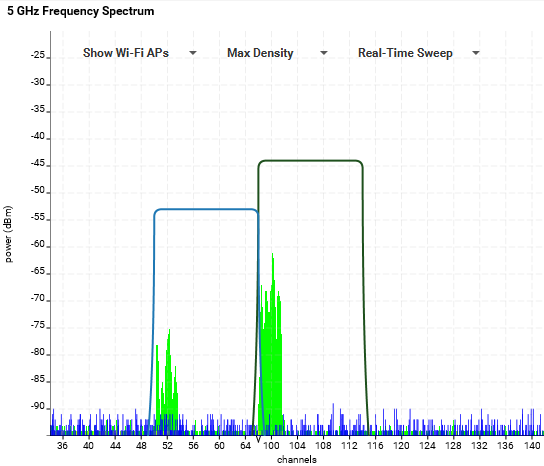 2. As we can see in chart below throughput is decreasing while microwave is operational. A second test was also performed to confirm the results, measurements indicate that microwave can affect Wi-Fi activity.

The given measurements have been performed 1.5 meters from the microwave in an enclosed room which can indicate that the area of noise created by microwave wasn’t large. It has been confirmed by spectrum utilization which grew as the microwave was turned on compared to the microwave being turned off. Nevertheless it didn’t grow in large scale and continued to stay in boundaries of normal.

Measurement could’ve been affected by another nearby noise sources, although Wi-Fi networks are commonly located in non-sterile environment where there are many interruptions, that said we can surely state that the myth has been confirmed – microwaves truly create noise, but they are not as critical for us to be worried about them. Also, microwaves are not a permanent noise source.

To finish off, this is how Ekahau Sidekick spectral analyser looks like, when it observes a rogue device which operate in 2.4 GHz frequency and paralyse their activity in specific channel, transmitting large scale noise.

* Sidekick is a device which has two Wi-Fi antennas + spectral analyser built in, which allows us not only to see signal strength, interference, channel overlapping and other parameters but also 2.4 GHz or 5 GHz spectre where we can see absolutely all energy sources as well as Wi-Fi and even rogue devices, which are commonly used to paralyse Wi-Fi network .