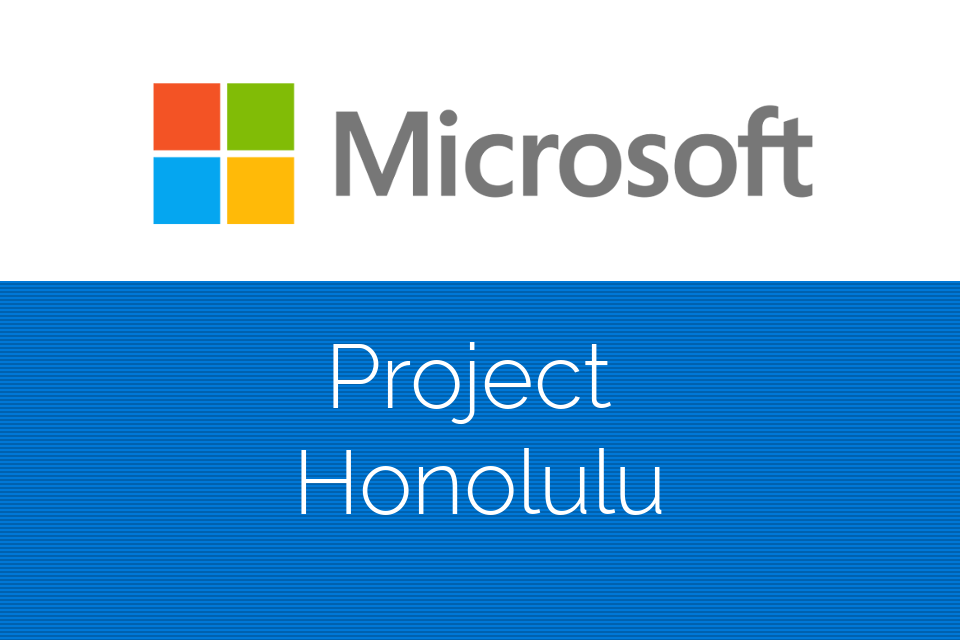 Honolulu installation is quite simple. A Windows instance has to deployed in your infrastructure (it can be physical or virtual and can even run on Windows 10 machines!), it can work as a server management gateway, installed on a client machine or ran directly on a server that’s manageable.

After connecting to the Honolulu, Server manager window is shown. As we can see 2 servers are already added.

Servers are added by their hostnames, this means that IP addresses won’t work. We couldn’t add non-domain servers aswell (although DNS was configured properly) and since it’s not documented by Microsoft, such functionality might be not supported (yet) – nothing critical, just wanted to fiddle around with server adding. What can be done is – servers can be added using TXT or CSV files, so a ton of servers won’t make you pull hair out of your head. Computers, failover and even hyperconverged clusters can be managed with the Honolulu in scenarios where for example Storage Spaces Direct is being used.

Added servers now can be managed. After choosing the server, an Overview page will open, where detailed information about the server and it’s utilization can be seen. Here server’s name, domain and remote desktop properties can be changed, mixture of Task manager and Computer properties.

When server management page is open, Honolulu provides tools, with whom servers can be managed. Let’s take a quick look of them.

VM inventory window lists VMs themselves along with their used resources, time they’re running and more. As mentioned second ago from this window VMs can be created, modified or deleted. It has to be mentioned that VM can be edited only when it’s turned off.

Speaking about additional functionality, Honolulu includes extensions, which basically are the tools we just touched. Unfortunately, for now, no extensions are available, however since Microsoft is building a SDK for Honolulu, third-party extensions soon might appear. Sounds promising.

If accidentally deleted, extensions can be installed back in place from Available Extensions tab.

Honolulu still is in the technical preview stage and that justifies missing features, sometimes a slow user interface and other bugs. But apart from that this tool provides capabiliy to manage all Windows Servers from a new, fresh web interface which is a nice change. Tasks that usually would take logging in, tool search, adding the console are now simplified and done in seconds. Everything (well, most stuff except for AD and DNS) ir right at your fingertips which is why Honolulu is so great. Unfortunately since it is only in development stage, due to bugs and errors, it’s not yet a production use solution. Apart from that this tool would be perfect for SMBs. It is nice when all the necessary tools are in a same place. In addition Honolulu can be put on-line by opening necessary ports, to access and manage infrastructure from every place in the world (VPN probably would be a safer solution). We can’t wait when Honolulu will be fully released so that everyone could implement this solution in their infrastructures. But for now administrators can get some hands-on expierence by clicking here. Definitely worth to take a look at it.