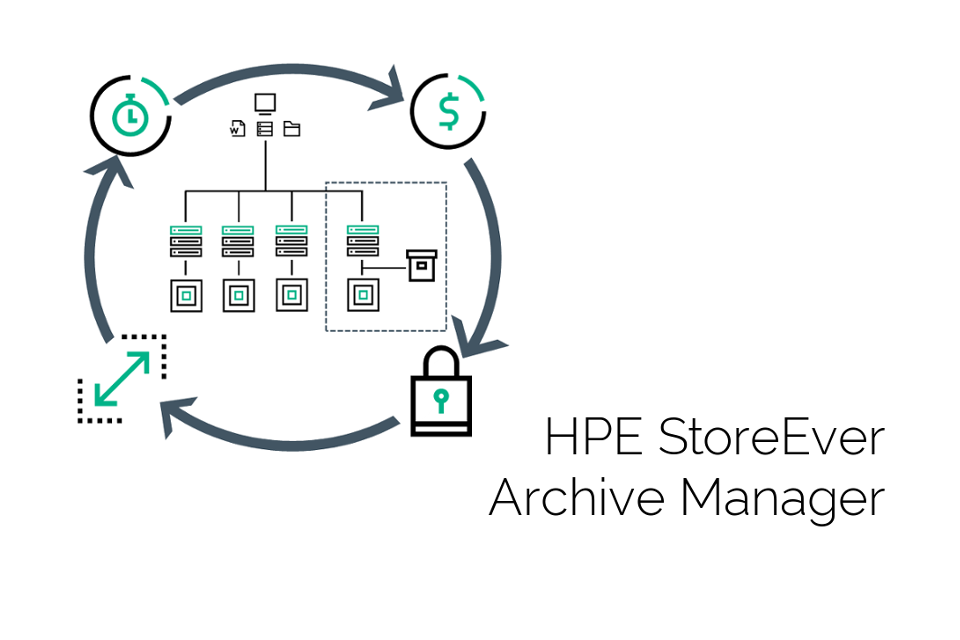 HPE StoreEver Archive Manager allows users to use the HPE StoreEver tape archive as a file system. It uses standard network protocols for communication so users can easily search, find and retrieve data directly from an archive created by HPE StoreEver.

Let's start by looking at the differences between backup and archive. These two terms are often mixed. Archive does not make copies, but transfers the data to the preferred location, the archive stores the data by allowing them to be reused. Backup copies, on the other hand, give the opportunity to recover data, in case of data loss, the archive is intended for a long time Data storage, but backup stores data for a short period of time.

In the industry of data storage and archiving, three values are often mentioned 40%, 90% and 80%.

40% - the average data growth in the industry, it has been this way for several years and it is estimated that the amount of data in the coming years will only increase.

80% - of the above unstructured data is rarely or never accessed after 90 days.

This kind of data is stored in the data storage, whether it is done by mistake, or to create an archive for a specified period, so data can be accessed in this period of time. Data storage can create different challenges for businesses for example - high cost, data location or data access problems. 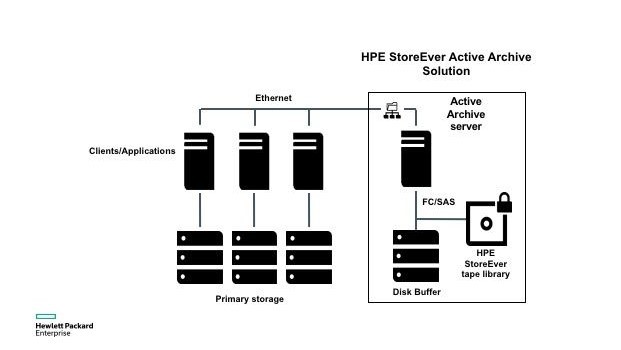 The main functionality of the HPE StoreEver Archive Manager is to reduce the cost of data storage by combining the HPE StoreEver tape libraries with the client's IT infrastructure, which will make file storage more efficient. Allowing you to no longer worry about the files previously viewed that are no longer used after the 90-day period and are stored on disks. This solution helps with that, files that are more commonly used are located on so-called disk buffer so that users can easily access these files quickly and without any problems, but the non-used files are moved to the tape library archive, where these Files will be stored in a much more cost-effective way.