Windows Server 2016 is the cloud-ready operating system that supports your current workloads while introducing new technologies that make it easy to transition to cloud computing when you are ready. It delivers powerful new layers of security along with Azure-inspired innovation for the applications and infrastructure that power your business. There are some new terms in licensing Windows Server 2016.

*Software Assurance is required to deploy and operate Nano Server in production. 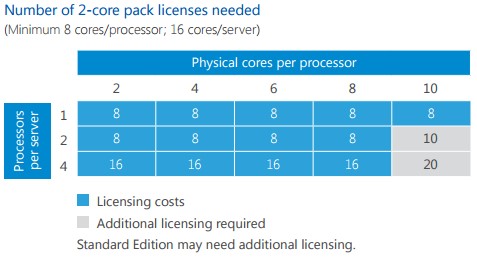 Microsoft has confirmed information which will affect Windows Server 2016 virtualization.